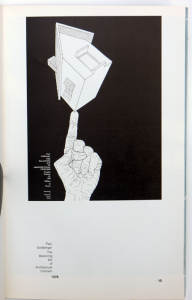 Between 1970 and 1980 Marc Treib, professor in the Dept of Architecture at the University of California at Berkeley, produced on average one poster a week for lectures in his department or dramatic arts performances or exhibits elsewhere on campus. In addition to his workload of teaching and writing, he produced these rapidly, mostly as fugitive diazo prints, a cheap process used by architects to copy their drawings.

With a commanding understanding of the relation between text and image and influences from Japanese graphic artists and architects such as Tadanori Yokoo and Fumihiko Maki, Treib’s posters became 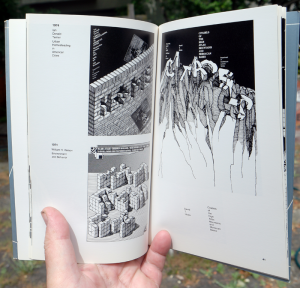 a visual appetizer for these weekly events seen only by a passing group of students and other faculty. Visual puns and a delight in the vernacular are two hallmarks of his work. Posters were executed for Lawrence Halprin, William Turnbull, Richard Longstreth, J.B. Jackson, Sheila de Bretteville, Charles Moore, April Greiman, Stanley Tigerman, Richard Meier, and many others, giving a snapshot of the state of architectural and graphic criticism of the 70s.

The book was set in Sabon and designed by Treib and Frances Butler. 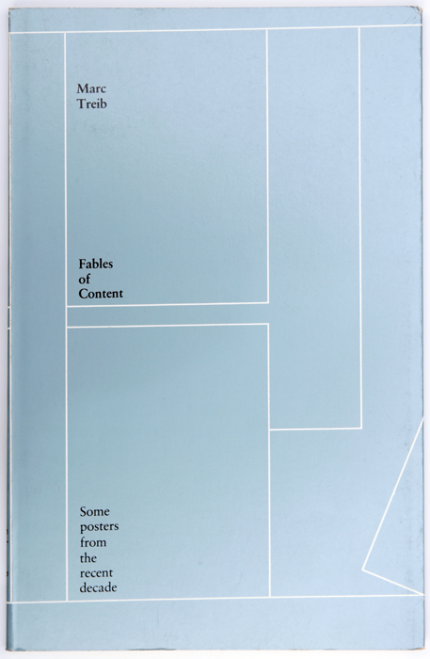 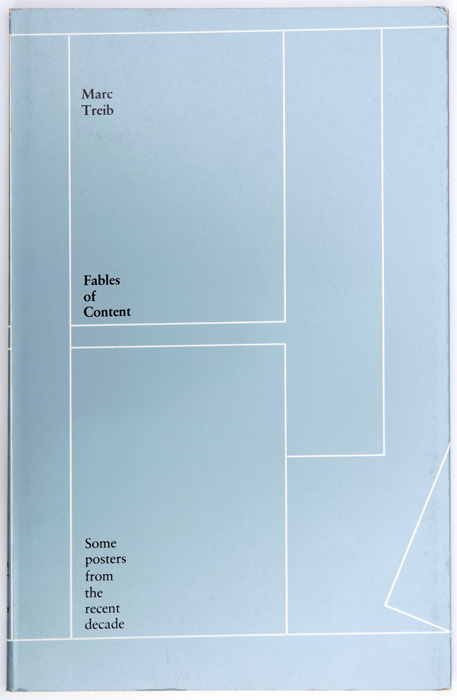 Posters by Marc Treib, professor in the Dept of Architecture at the University of California at Berkeley.
$20.00 x 1
$5.00 (shipping)
Total: $25.00
This is where the Express Checkout Button will show. View it on the front-end to see how it will look to your visitors