Prolegomena to a Study of the Universe & Other Prose Takes

Illustrated with black and white photos by Tinker Greene. With an Introduction by Kevin Power & an Afterword by Alastair Johnston.

In this collection of prose poems, written between 1958 and 1963, we observe Philip Whalen writing down his “secrets of the inner mind.” The nine pieces that comprise Prolegomena to a study of the Universe were sent to Dave Haselwood of Auerhahn Press. Haselwood and artist Robert LaVigne hitch-hiked up to Portland, where Whalen was working as a court bailiff to meet him and secure the manuscript which became his first published book of poetry Memoirs of an Interglacial Age. The prose works languished in the press’ archives though Whalen used other versions of them as raw material when composing his novel The Diamond Noodle. Other Whalen “prose takes” ended up at Columbia University, among 3207 pages of manuscript there, though the poet wished he had destroyed more of his early work. In 1977 Poltroon Press printed Prolegomena, and the following year we used a long prose take as a broadside project to be printed by our students at U.C. Berkeley’s Bancroft Library. This long piece from April 1959 is a wonderful stream-of-consciousness written in San Francisco with cameo appearances by Mike (McClure), a “happily drunken MUNI passenger,” Robert Duncan, Bill Brown, Lamantia, “Clio,” who, I think, was a girlfriend passed along from Gary Snyder, not to mention T.S. Eliot and Catullus. When Philip died in 2002 I looked through my files and found I had more of these little prose pieces and quickly put together a booklet called Prose [Out] Takes which I gave away at the memorial. I wanted to reunite these pieces (including the big broadside), and also to illustrate them, and hit on the idea of Tinker Greene’s photos as the perfect accompaniment. Philip told me, when I was working on The Diamond Noodle, that he preferred that there be no obvious correspondence between text and illustration and the reader should be left to make their own connections. Although Tinker is primarily known as a poet, he also has a substantial body of excellent work as a photographer and this seemed the perfect showcase for his atmospheric grainy black and white images made with a plastic Diana camera. I have included the original introduction, written by Kevin Power, for the 1976 edition of Prolegomena, as well as an afterword by me outlining the history of the project.

We still have copies of Philip’s novel The Diamond Noodle and the broadside, “Driving immediately past something green” available. 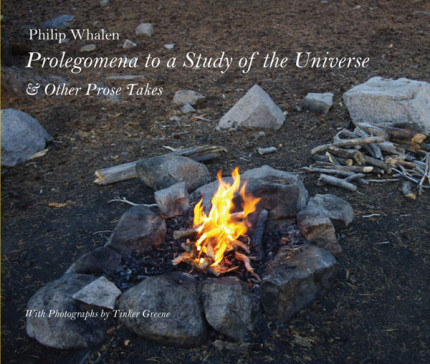 Prolegomena to a Study of the Universe & Other Prose Takes 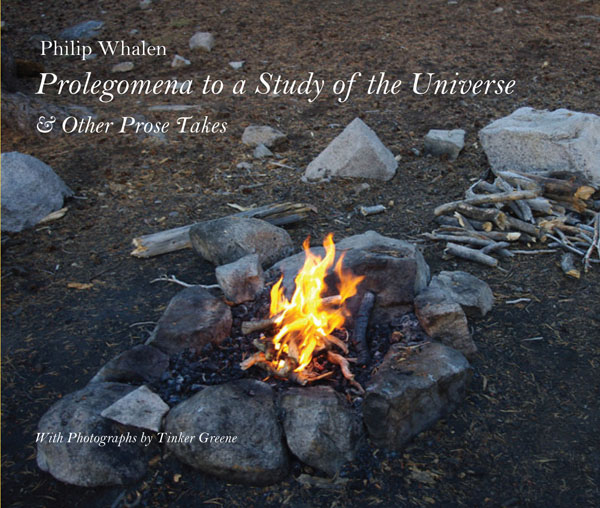