Brief biography and a critical discography of the Congolese musician. 76 CDs and LPs are listed, as well as detailed lists of 45s on Vita, Sukisa, Decca (Surboum Africain), SonoDisc (African) and Ngoma labels. Also includes newspaper articles from Etoile du Congo, and by Congolese music authority Gary Stewart. With indexes.

Also includes a checklist of 45s released by Géant Orchestre Malebo, a splinter band formed in 1964. Plus new additions to the VITA & SUKISA singles catalogues.

Nicolas Kasanda (1939-85) was one of the most influential guitarists to come out of Africa. He and his brother, Mwamba Dechaud, as members of Joseph Kabasele’s African Jazz (1952-63), pioneered a new style of guitar called mi-solo which interpolated a third guitar between the rhythm and lead. The mi-solo could double the lead or fall back and augment the rhythm creating a more complex sound. The style quickly caught on and was adapted throughout the continent. From Angola to Mali bands covered Nico’s sound as he broke away from African Jazz and created an exciting new band, African Fiesta, with Tabu Ley Rochereau on vocals. There is a decided Cuban feel to many of the band’s mid-sixties recordings but Nico’s ecstatic solos transcended musical genres. He also adapted the Hawaiian guitar with echo for a unique haunting sound on his ballads. After Rochereau split at the peak of African Fiesta’s career, Nico went through several new combinations. In 1969 he launched a 6 month tour of West Africa. In Sierra Leone he created a new dance, the Kono that took the continent by storm. His band became the proving ground for many new talents (including Josky & Bopol) but he was clearly a tough boss and his career went into a premature decline. Though overshadowed by the successes of Rochereau and the rival camp of OK Jazz, Nico was a highly respected musician & left an incredible legacy of magical music. This is the first monograph devoted to the artist and places him on a level with better-known African superstars such as Fela & Franco.

“I do not know anybody who has such immense knowledge of African music. Congratulations.”
— Gerhard G (a purchaser) 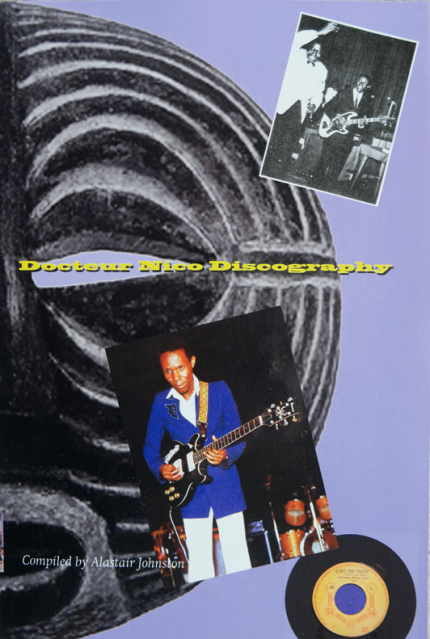 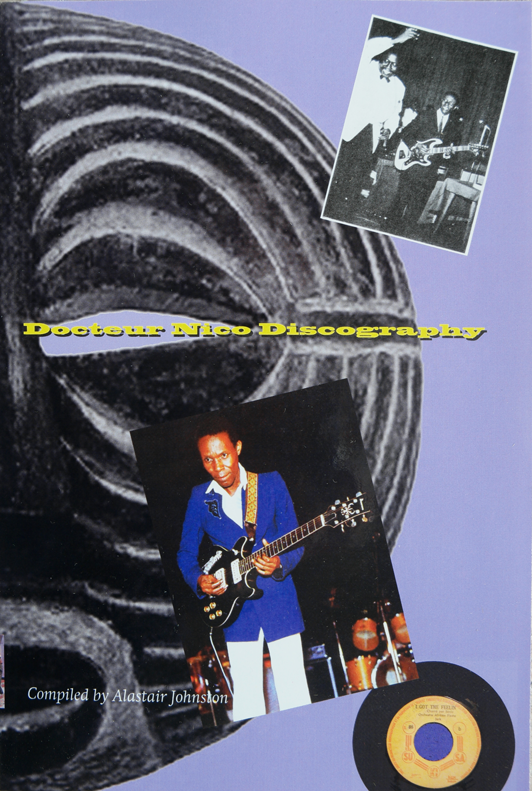 Biography and a critical discography of Docteur Nico.
$20.00 x 1
$5.00 (shipping)
Total: $25.00
This is where the Express Checkout Button will show. View it on the front-end to see how it will look to your visitors